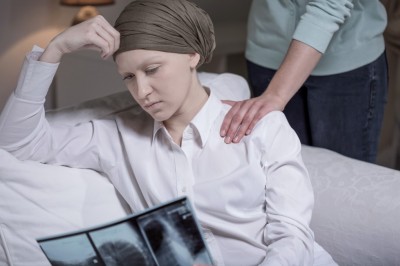 Chemotherapy is a compound word, derived from the Greek words chemo-, which stands for chemical drug, and –therapy, which means treatment. So, chemotherapy literally means chemical treatment. It has been used to describe the employment of chemical agents to destroy cancer cells, a medical practice that forms the basis of anti-cancer treatment from the early 1950s until today.

What is chemotherapy - purpose

The purpose of chemotherapy is to kill cancer cells, while causing the least possible damage to healthy tissue. Not an easy task to begin with, since cancer cells are human cells themselves. However, certain characteristics of the cancer cell distinguish it from the majority of the healthy cells, allowing us to attack it with a certain degree of selectivity. For example, cancer cells grow and multiply much faster than most normal cells, therefore, certain phases of the cell cycle have been used as targets of many popular chemotherapeutic agents. Indeed, most chemotherapy drugs cause cancer cell death by disrupting the process of DNA synthesis and function. Chemotherapy agents accomplish this by several specific mechanisms which, in some cases, share common characteristics. Six major groups of chemotherapy drugs exist today: antimetabolites, alkylating drugs, plant-derived alkaloids, taxanes, antitumor antibiotics and, finally, monoclonal antibodies.

What is chemotherapy - treatment side effects

Unfortunately, chemotherapy is not devoid of side effects. Although slow-growing cells are minimally affected by it, fast-growing cells are as vulnerable to chemotherapy as cancer cells – or even more.  Among the fastest growing cells in the human body are skin cells, hair follicles and the cells forming the mucosa of the gastrointestinal tract, giving rise to a host of landmark side effects associated with chemotherapy: skin rashes, hair loss and gastrointestinal problems ranging from mouth and throat ulcers to nausea and vomiting, constipation and diarrhea. Other common side effects include fatigue, blood disorders (due to bone marrow suppression), loss of appetite, and sexual dysfunction.

Many chemotherapy drugs share a common mechanism of action, namely the production of reactive oxygen species (ROS), also known as free radicals, which attack DNA and mitochondria, causing them to decay and leading to cell death. Because this mechanism is also responsible for chemotherapy’s side effects, there has been a renowned scientific interest towards studying how antioxidant substances can help reduce this burden. In a review that was published in 2013, Fuchs-Tarlovsky found that certain antioxidant supplements, such as vitamin C, can limit adverse effects such as asthenia, neurotoxicity, mucositis/stomatitis and weight loss. [1] Indeed, the following year, Ma et al. reported that high-dose intravenous vitamin C worked in tandem with chemotherapy reduced chemotherapy-induced toxicity in women with ovarian cancer [2].

What is chemotherapy - enhanced treatment

At the same time, in two important systematic reviews, Block et al. examined whether antioxidant supplementation may interfere with the efficacy of chemotherapeutic agents, and found that, in most cases, chemotherapy was either unaffected or enhanced, while also it helped alleviate the symptoms of toxicity. [3,4] Guerriero et al. also found that vitamin C helps reduce the adverse effects and also potentiate the cytotoxic drug mitoxantrone against human breast cancer cells. [5]In a 2016 study, Mikirova and colleagues showed that high dose intravenous vitamin C helps reduce the effects of harmful inflammatory cytokines that are increased in cancer patients [6].

Taking vitamin C yes, but not just any:

But, vitamin C is only helpful in mega doses and high plasma concentrations achieved through intravenous administration. Lower doses achieved through conventional oral administration do not exert the same results, and may in fact be harmful; there is research showing that standard doses of vitamin C may interfere with chemotherapy, making the drugs less effective [7,8]. This phenomenon is explained through a unique property of vitamin C, which allows it to function as a pro-oxidant only when it reaches high concentrations around cancer cells, essentially producing more ROS to destroy them. At the same time, it does no harm to normal cells and in fact protects them from being damaged from chemotherapy.

This is why the vitamin delivery system is so important. Intravenous vitamin C is promising, but is also inconvenient, expensive and requires hospital treatment. There would be a complementary solution which is true liposomal encapsulation. Liposomes are drug delivery systems of nanoscopic dimensions, which allow for complete absorption from the gut. Their lipophilic nature enables them to bypass the tight plasma regulation of vitamin c concentration and achieve very high levels, allowing them to exert pro-oxidative effects on tumor cells while protecting healthy cells from chemotherapy-associated toxicity. Moreover, they have an added advantage over intravenous vitamin C: they have improved pharmacokinetic properties, which allow them to remain in circulation much longer, up to 8 hours after ingestion.

Goldman Laboratories are a leading researcher of liposomal products, among which a highly bioavailable form of vitamin C, LIPOSOMAL VITAMIN C 500MG. By using a high-quality, true liposomal vitamin C supplement, it is possible to achieve proper vitamin C.