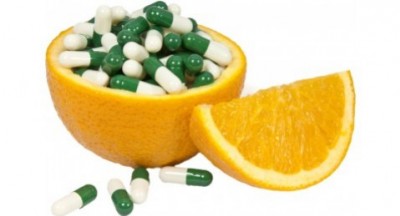 Lies and Truth : What labs have hidden from you...

Ascorbic acid, commonly known as vitamin C, is perhaps the most famous amongst all vitamins. Partly due to the fact that it has been well-known and extensively studied for almost 100 years, starting with the discovery that it can prevent and cure scurvy, it is now widely believed that we already know everything there is to know about it. However, as you are about to find out, that’s not entirely true.

Traditional vitamin C is a water soluble vitamin and, as such, it cannot be synthesized by human body. A certain amount of it needs to be ingested on a daily basis to meet the body’s needs.

There have been numerous roles acknowledged for this crucial nutrient. Vitamin C is a powerful antioxidant that has been shown to protect tissues in various organic systems from free radicals. Free radicals, also known as reactive oxygen species (ROS), are extremely active molecules that form as a result of oxidative stress, which cause catastrophic damage to cellular structures and the DNA itself. [1] Vitamin C has also been shown to boost the immune system’s activity, since it has been found to accumulate in leucocytes, and may even exert cardiovascular health benefits;  there have been studies suggesting that vitamin C supplementation may convey beneficial changes to the users’ blood lipid profiles, lowering the “bad” LDL cholesterol and serum triglycerides, raising the “good” HDL cholesterol.[2]

In light of the above, one could say that, since vitamin C has been proven to be so beneficial, it only takes supplementing with plenty of it, and you are done. And they would be, of course, wrong.

Although the market is filled with traditional vitamin C supplements in almost any possible pharmaceutical formulation (tablet, effervescent tablet, capsule or liquid), relying on them for efficient supplementation is, unfortunately, largely pointless.

Research has shown that plasma concentrations of oral vitamin C are tightly controlled, meaning that, after a certain point, ingesting more of it through typical oral forms does not result in higher plasma levels. [3] Moreover, even when plasma concentration reaches higher levels, it does not necessarily mean that more Vitamin C enters the cells, where it is mostly needed. Indeed, because it is a water-soluble molecule, it has trouble bypassing the lipophilic cell membrane, ultimately resulting in limited cellular uptake. It also means that, during high-dosage supplementation, most of it will tend to accumulate in the lower digestive tract, inducing unpleasant gastrointestinal symptoms such as diarrhea and cramps, due to osmotic phenomena. The bottom line is that people are misled into thinking they have increased their vitamin C intake by consuming large doses of conventional supplements, when in fact, they have only increased their chances to experience unwanted side effects.

It has been shown in numerous occasions that many of the benefits attributed to the supplementation of high doses of vitamin C, are only apparent when the substance is administered intravenously. Indeed, from the age of Linus Pauling and onwards, all relevant protocols that studied how vitamin C could help patients with viral infections, or even cancer, included administering intravenous (IV) mega-doses of ascorbic acid. Recently, in a controlled randomized clinical trial –the type of research which is considered the golden standard of evidence in the biomedical field— researchers from Colombia established that IV administration of large doses of vitamin C in people who smoke results in decreases of the hemoglobin and hematocrit levels compared to baseline, contrary to placebo and oral vitamin groups. [4] This means that IV administration resulted in better tissue oxygenation, which is known to be impaired in smokers –that’s why hemoglobin increases in the first place. It also proves that IV and oral administration of conventional forms, are not equal.

Does this mean that we should all resort to intravenous vitamin C instead, to stay healthy or willing to be? Fortunately, no. There is a much better delivery system, and high-quality products are already available on the market.

To circumvent the cellular uptake problem, premium manufacturers such as Goldman Laboratories have employed liposomal encapsulation, to produce highly bioavailable vitamin C supplements. You may think of liposomes as nanoscopic bubbles made of lipids, which encapsulate the predefined amount of vitamin C. With this process, several benefits are achieved, compared to traditional oral forms:

1. Vitamin C is insulated from the environment, and protected from oxidation.

2. Absorption from the small intestine is nearly complete, resulting in practically no side effects.

3. No coloring or preservation agents are needed.

4. Increased cellular uptake is achieved, resulting in prolonged biological action that reaches up to 8 hours per dose.

In short, liposomes are a way of combining the convenience of oral administration to the efficacy of the intravenously injected vitamin C. The liposomal capsule shows high affinity to human cells’ membranes and allows for virtually complete intestinal absorption of the encapsulated vitamin C because of its nano size. Moreover, this method of administration bypasses the strict plasma regulation of vitamin C, resulting in much higher levels that match, or even surpass, those achieved with the injectable form. Finally, thanks to the unique pharmacokinetic characteristics of the liposomal delivery system, which enables prolonged presence of the vitamin in circulation, it is possible to achieve constant tissue saturation with vitamin C with only 3 daily doses. On the contrary, traditional oral forms only achieve momentary saturation and the excess vitamin is quickly excreted in the urine.

Not everyone can make high-quality liposomal delivery systems. To ensure optimal efficacy, only premium quality raw materials should be used; liposomes should be sized according to certain standards; and all claims should be validated by independent testing. Goldman Laboratories’ LIPOSOMAL VITAMIN C 500MG meets the stringent quality criteria, making up for a marvelous vitamin C supplement of true liposomal technology that really delivers what it promises. Only by trusting a high-quality product, can you be certain that you reap all the benefits of the superior vitamin delivery system.