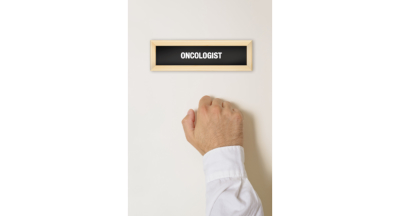 Cancer: Learn how to improve your daily life. Small changes would change everything...

Radiation therapy is a form of therapy that is most commonly used in cancer. It is estimated that almost 50% of all cancer patients receive some form of radiation therapy at some point of their treatment course. It employs high-energy radiation to decrease the size of tumors and kill cancerous cells. Technically speaking, the radiation used consists of high-energy waves or particles, such as gamma rays, x-rays, protons or electron beams, which damage or completely destroy cancer cells. Radiation therapy is also referred to as radiotherapy, x-ray therapy or irradiation.

The radiation itself may be coming from specialized external equipment, as is the case with external-beam radiation therapy, or from within the body, during which some form of radioactive material (e.g., radioactive iodine) is inserted into the body in close proximity to cancer –hence its name, internal radiation therapy or brachytherapy.

In general, radiotherapy works by killing cancer cells through the damage it causes to their genetic material (DNA). It does so in two major ways; either by damaging DNA directly, or by creating highly active compounds called Reactive Oxygen Species (ROS), also known as free radicals, which also damage intracellular structures and DNA, causing cancer cells to stop dividing and die.

What are the down sides of radiotherapy?

Unfortunately, as with most cancer treatments, radiotherapy is not selective for cancer cells and can damage healthy cells as well, causing side effects. Since radiotherapy is delivered locally, the side effects are predominantly exposed in the affected areas. Common side effects in include skin problems (itching, dryness, peeling and blistering) and fatigue, whereas some more serious long-term effects may include the appearance of radiation-associated secondary cancer, albeit with a very low incidence.

How could vitamin C help a radiotherapy treatment on a daily base?

For vitamin C in particular, it has been shown that, when taken orally, its plasma concentration is tightly regulated to very low levels [2]. On the contrary, when administered intravenously, vitamin C achieves very high concentrations that have been shown to exert a pro-oxidant effect selectively on cancerous cells, while leaving healthy cells unharmed.

Intravenous vitamin C has been studied in combination with radiotherapy with promising results. For example, Herst et al. showed that pharmacological concentrations of vitamin C that are achieved only via intravenous administration, radiosensitize glioblastoma cells, increasing their susceptibility to radiotherapy [3]. More recently, Choi and Kim reported that high-dose intravenous therapy with vitamin C reduced recurrence of breast cancer in female patients [4].

These results are attributed to the high concentrations achieved by intravenous mega dosing of vitamin C. Similar mega dosing with conventional vitamin C is not the same, because ascorbate pharmacokinetics limits absorption and distribution to inadequate levels.

This is why the vitamin delivery system is so important. Intravenous vitamin C is promising, but is also inconvenient, expensive and requires hospital treatment. There would be a complementary solution that is true liposomal technology. Liposomes are drug delivery systems of nanoscopic dimensions, which allow for complete absorption from the gut. Their lipophilic nature enables them to bypass the tight plasma regulation of vitamin c concentration and achieve very high levels, allowing them to exert pro-oxidative effects on tumor cells while protecting healthy cells from radiation-associated toxicity. Moreover, they have an added advantage over intravenous vitamin C: they have improved pharmacokinetic properties, which allow them to remain in circulation much longer, up to 8 hours after ingestion.

Goldman Laboratories are a leading researcher and designers of liposomal technology products, among which a highly bioavailable form of vitamin C, LIPOSOMAL VITAMIN C 500MG. By using a high-quality, true liposomal vitamin C supplement, it is possible to achieve proper vitamin C doses.