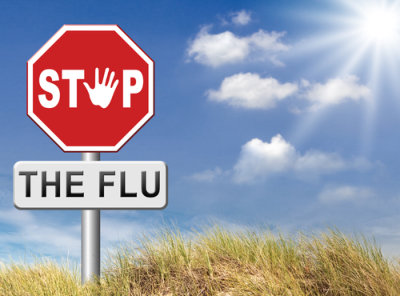 Flu: How to avoid catching influenza and how to cure it ?

Influenza, also known as “the flu”, is a potentially serious acute illness, caused by the influenza virus. There are several types of influenza viruses, broadly categorized in three genres: A, B and C. Of the three, the serotypes that are more often seen in humans – and also cause the most serious incidents— belong to the A family (e.g., the H1N1 and the H1N5 viruses).

What are the flu symptoms?

Flu symptoms resemble those of the common cold, but are typically more severe and last longer. Symptoms of flu include persistent cough, sore throat, headaches, fever, painful joints and muscles, stuffy and/or runny nose. Unlike the common cold, however, the flu can result in serious complications, especially in very young children or elderly individuals, those who have severe underlying illness (e.g., cardiovascular disease, COPD - Chronic Obstructive Pulmonary Disease or diabetes) and those with a weakened immune system. These complications can be moderate, such as secondary infections of the ears and sinuses, but can also become very serious, in the form of lower respiratory tract infections, bronchitis and pneumonia. It’s no wonder that each year several people die from the complications of the flu even in the most medically advanced countries.

The most effective measure of protection against the flu is the seasonal vaccination. However, it does not offer 100% protection, due to the fact that there are several influenza strains circulating, which also mutate, but also because the flu vaccine each year is a result of “guessing” by experts of which strains are most likely to cause epidemics. Sometimes they guess correctly, others they don’t.

What are the most common treatments for flu?

After the onset of the illness, treatment is mainly targeted towards relieving the symptoms, increasing the patient’s comfort and protecting against complications. There is a new generation of medication, called neuraminidase inhibitors, but their true efficacy is controversial [1].

Hence, standard treatment at home may consist of paracetamol or ibuprofen for the fever and headache, plenty of hydration and rest.

Since the immune system is responsible for clearing viral infections, taking measures that strengthen it is a good strategy. Vitamin C has been traditionally used to this end, both for the prevention and the treatment of the flu and the common cold. Gorton and Jarvis showed [2] in a clinical trial that took place in 1999 that mega doses of vitamin C may prevent the onset of symptoms from respiratory virus-induced illness. This has been further supported by the review of Sgarbanti et al., who described more studies that found a positive association [3]. In fact, a recent Cochrane systematic review, which is considered the golden standard of clinical evidence, showed that vitamin C administration may shorten the duration and severity of the common cold and the flu [4]. Finally, a recent paper by Cai et al., provides a new mechanism of action via which vitamin C may protect cells from infection [5].

However, in order to reap maximum benefits from vitamin C administration, its concentration must be kept high, for prolonged periods of time. Unfortunately, traditional vitamin C levels after oral administration of conventional forms are tightly regulated, and ingesting even more doesn’t increase them further, although it raises the risk of adverse gastrointestinal effects. One way to circumvent this limitation is by using intravenous vitamin C, a solution that is neither convenient, nor cheap.

Thankfully, there is a reliable alternative: true liposomal encapsulation. Liposomes are drug delivery systems of nanoscopic dimensions, which allow for complete absorption from the gut. Their lipophilic nature enables them to bypass the tight plasma regulation of vitamin C concentration and achieve very high levels, becoming readily available to the immune cells that fight the infection. Moreover, they have an added advantage over intravenous vitamin C: they have improved pharmacokinetic properties, which allow them to remain in circulation much longer, up to 8 hours after ingestion.

Goldman Laboratories are a leading researcher and designers of liposomal encapsulation products, among which a highly bioavailable form of vitamin C, LIPOSOMAL VITAMIN C 500MG. By using a high-quality, true liposomal vitamin C supplement, it is possible to achieve proper vitamin C doses.

[2] : Gorton H, Jarvis K. The effectiveness of vitamin C in preventing and relieving the symptoms of virus-induced respiratory infections. Journal of Manipulative and Physiological Therapeutics. 1999;22(8):530-533.