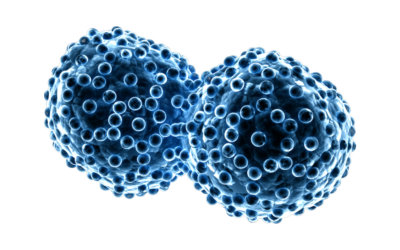 Contrary to popular belief, cancer is not a single disease. There is no single “cure for cancer,” simply because the term describes a large group of diseases with many common and many distinct characteristics. The most common feature of all cancers is the abnormal growth of cells, which can invade and colonize other body parts – a phenomenon called metastasis. Also, with rare exceptions, the development of cancer is a gradual process that involves many steps and usually spreads over a prolonged period of time, often lasting many years.

What are the common symptoms?

Almost all parts of the body are susceptible to cancer, giving rise to certain symptoms, with many of them overlapping. Thus, bowel cancer symptoms may include bleeding from the rectum, abdominal pain and anemia; cervical cancer symptoms commonly are vaginal bleeding, pain during sex or unusual vaginal discharges; lung cancer symptoms typically include a worsening cough that doesn’t get better, blood in sputum, chest pain and fatigue; in throat cancer, most common symptoms are cough, voice changes, problems with swallowing and weight loss; breast cancer symptoms typically include a lump in the breast or the armpit, a change in the breast shape or size; ovarian cancer symptoms include bloating, pain in the pelvis or the abdomen, urinary symptoms and feeding problems; stomach cancer symptoms may appear as heartburn or indigestion, abdominal pain, vomiting and nausea, constipation or diarrhea, appetite loss and fatigue; prostate cancer symptoms may include unusually frequent urination and difficulty in urinating; finally, pancreatic cancer usually doesn’t give early symptoms, but as the disease progresses, jaundice may appear, accompanied by abdominal or back pain and weight loss.

What are the classical Treatments?

Although each cancer may have individualized treatment plans and protocols, the mainstay of all cancer treatments are radiotherapy and chemotherapy. Radiotherapy concerns almost half of all cancer patients and it involves targeting and killing cancerous cells by damaging their DNA through high-energy radiation beams. Chemotherapy also kills cancer cells, through the use of chemotherapeutic agents, which are special drugs that also attack their DNA and other essential structures, such as their mitochondria.

Unfortunately, there are problems with both treatment categories. First, they are not always effective, for a variety of reasons. Second, an equally important, not only are they not devoid of side effects, but often these are so severe that they disrupt treatment or completely stop it.

A supplement that may help the treatment:

The role of antioxidant compounds has been long studied in cancer, both for primary treatment and for side-effect control from radiotherapy and chemotherapy [1]. The most prominent antioxidant to this end has always been vitamin C, mainly the intravenously administered form. Intravenous vitamin C has been found to play various roles in cancer treatment, from reducing the side effects of chemotherapy [2] to enhancing its effect [3]. Similarly, when intravenous vitamin C is administered at the same time with radiotherapy, it may enhance its efficacy in certain cancers [4,5].

However, there is a problem with intravenous administration of vitamin C: it is neither practical, nor cheap. It needs hospitalization and requires a needle infusion, which may not be a choice for many people. There would be a complementary solution that is true liposomal technology. Liposomes are drug delivery systems of nanoscopic dimensions, which allow for complete absorption from the gut. Their lipophilic nature enables them to bypass the tight plasma regulation of vitamin c concentration and achieve very high levels, allowing them to exert pro-oxidative effects on tumor cells while protecting healthy cells from radiation-associated toxicity. Moreover, they have an added advantage over intravenous vitamin C: they have improved pharmacokinetic properties, which allow them to remain in circulation much longer, up to 8 hours after ingestion.

Goldman Laboratories are a leading researcher of liposomal encapsulation products, among which a highly bioavailable form of vitamin C, LIPOSOMAL VITAMIN C 500MG. By using a high-quality, true liposomal vitamin C supplement, it is possible to achieve proper vitamin C.